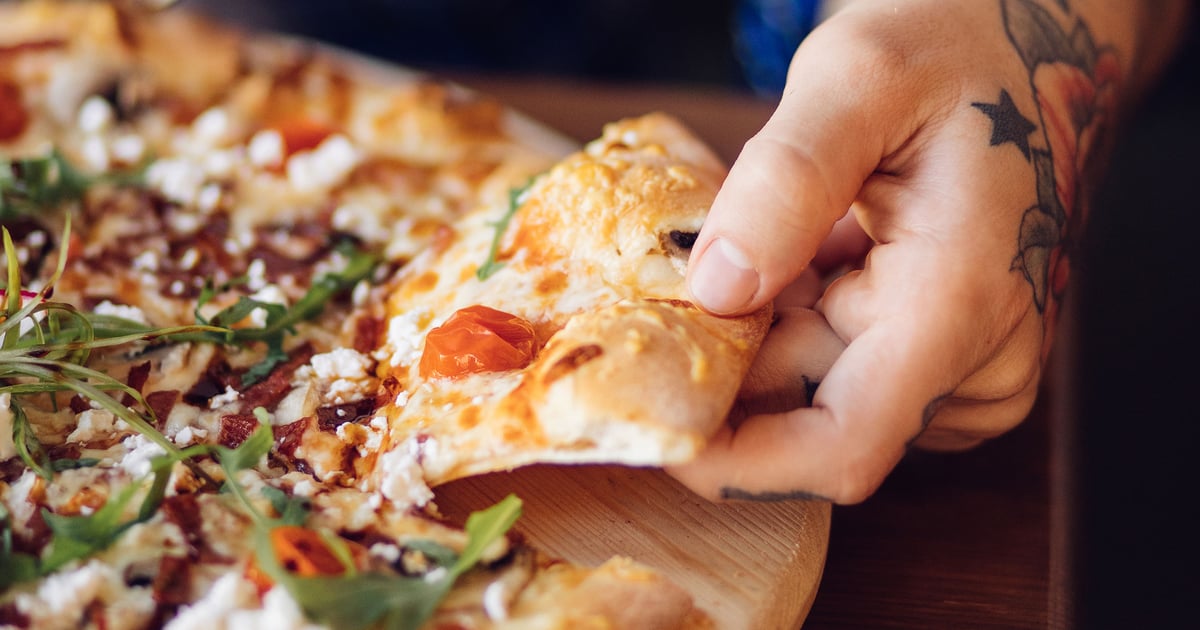 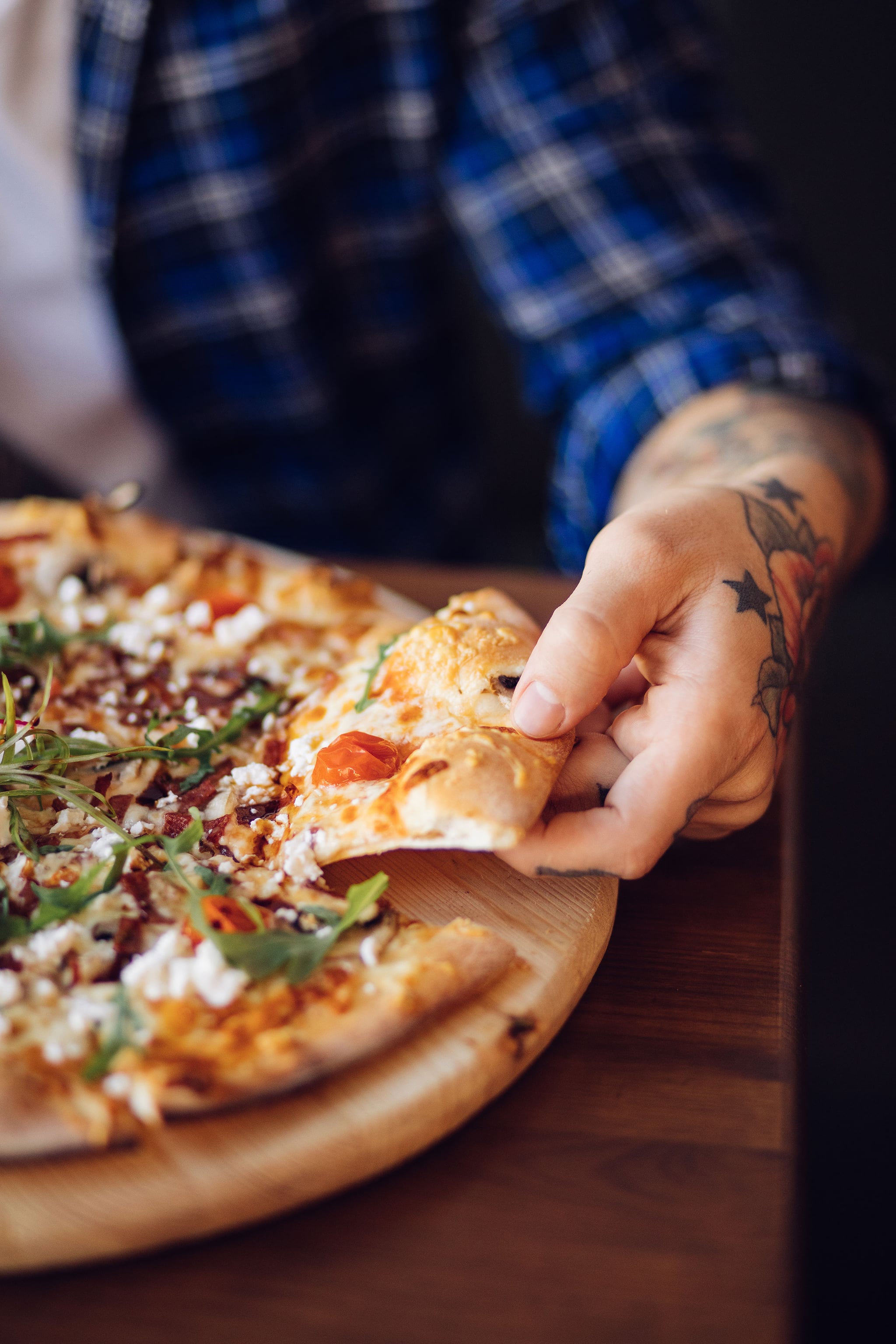 When people say they “binge-watched Netflix all weekend” or “binge-read the entire Harry Potter series,” it’s much different than saying you binge ate, and can even make light of a very serious eating disorder. We’ve asked registered dietitians and two eating disorder therapists to explain what binge eating is, how it differs from overeating, and how to prevent it.

What is Binge Eating?

Binge eating is eating a large quantity of food in a short period of time and often feeling guilty afterwards, explained registered dietitian Brenna O’Malley, founder of The Wellful, who specializes in helping people move away from dieting and disordered eating patterns to develop a healthy relationship with food and their body. She went on to say, “There isn’t a specific number of calories that qualifies an episode of eating as a binge.”

During a binge, psychotherapist Lynsey McMillan, MSc, who specializes in disordered eating, explained that there may be an “experience of some relief or comfort, temporarily slipping into an altered state of awareness or numbness to both the outside world and the person’s inner-world.” Brenna said, “clients describe it as similar to a blackout or trance-like state: feeling completely out of control or out of their body.”

Lynsey said that “eating quickly overrides the body’s fullness signals and an objectively very large amount of food can be consumed” before a person is in significant pain and forced to stop. Physical pain such as a distended stomach or feeling sick or short of breath will bring the person back into some conscious awareness. “This then gives way to emotions such as disgust, regret, guilt, anger, and always shame,” Lynsey said.

The difference between normal overeating and a binge is that most of us have times where we eat past comfort, and feel overly stuffed, like when you indulge in a delicious dinner or on a holiday like Thanksgiving. Lynsey said, “binge eating is characterized by a pattern of behavior that begins with an overwhelming urge to eat, often accompanied by a fixation with getting hold of a supply of binge foods. There might be an internal struggle, but ultimately the binge is experienced as a sense of inevitability or powerlessness over the binge behavior.”

According to the National Eating Disorders Association (NEDA) website, Binge Eating Disorder (BED) is the most common eating disorder in the United States, and registered dietitian and intuitive eating counselor Kathleen Meehan, MS, LDN, said it’s characterized by reoccurring episodes of eating large quantities of food, a loss of control over eating, and a feeling of distress.

Registered dietitian, Kara Lydon, LDN, an intuitive eating counselor and owner of Kara Lydon Nutrition explained that BED is a clinically-diagnosed eating disorder recognized by the Diagnostic and Statistical Manual of Mental Disorders (DSM-5) with specific diagnostic criteria. According to NEDA, Binge Eating Disorder is associated with three or more of the following:

Kara explained that “if someone experiences recurrent and persistent episodes of binge eating — on average, at least once a week for three months — and they aren’t engaging in compensatory behaviors such as purging, fasting, or overexercising, they would likely meet criteria for BED.” Kathleen noted that BED isn’t associated with one body size; it affects people in all different bodies.

BED is different than just binge eating, explained Lynsey. Binge eating is an eating behavior we might all recognize ourselves doing from time to time when under stress. She said that binge eating can become an issue when it’s “regularly used as a strategy to escape problems in life and when it stops being a rare or temporary release and becomes regular, all-consuming, costly, physically harmful, and prevents the sufferer from developing better ways of managing their emotions, their relationships, and their response to life.”

Brenna said, “someone can experience binge eating without meeting all of the criteria for BED, and it’s important to know that if you are struggling, you can still receive and benefit from help and support, whether you have a diagnosable condition or not.”

“A binge eating problem has no single cause and every sufferer is different,” said Lynsey. It may be brought on by an “individual’s psychological makeup, an interplay of both nature and nurture,” she explained, or could be a result of family history, difficult relationships, or trauma. But the root cause is almost always restriction or dieting, explained BACP-accredited eating disorder therapist Harriet Frew, MSc, because from a physiological standpoint, binge eating is your body’s way of trying to survive what it perceives as a famine.

“As mammals, we have primitive built-in, anti-starvation mechanisms. When we restrict our food intake, our blood sugar drops and we may feel dizzy, anxious, or desperate — these symptoms are designed to make us sit up and take notice,” Lynsey explained. “If we go without food for long periods, eventually our primitive brains will take over and ensure that we grab at any available — preferably calorie-dense — food, getting as much down as possible in case this is our one chance at survival.”

When dieting or restricting food and your body becomes starved for nutrients, Kathleen explained that it kicks certain mechanisms into place, stimulating the hunger hormone and suppressing the fullness hormone, and releasing neuropeptides (chemical signals that influence the activity of the brain and the body) that make you think about food — all of these three urge you to eat food. If you’re restricting, the primal hunger your body is experiencing is going to make you much more vulnerable to binge. This is one reason why there is a strong link between dieting and binge eating.

“Bingeing isn’t a lack of willpower,” Kathleen explained. “It’s your body’s natural response to restriction and not having enough to eat. Think of it like a pendulum: the farther you pull to restriction, the greater the response of the binge.”

Bingeing can be a response to any dietary restraint, Harriet explained, whether it’s from delaying eating (which is why intermittent fasting isn’t right for everyone) or not eating enough daily calories to fuel the body. It can also be caused by “overly clean eating,” Harriet said, or limiting food groups such as saying no to carbs or to sweets; Brenna said this can make people feel out of control around those foods.

“Dietary restraint is often the initial trigger, but very quickly, binge eating can be triggered by emotions,” Harriet explained; maybe boredom from restrictive eating patterns, being upset with yourself and then punishing through overeating, or if you’re upset about something going wrong. Kara said that while there’s absolutely “nothing wrong with occasionally turning toward food as a coping tool — food is meant to be soothing and comforting — if food is your only coping skill that is well-honed, you may experience recurrent binge eating.”

Negative thinking can also trigger BED, Harriet explained, for example an “all or nothing thinking. ‘Once I’ve broken my diet, I might as well eat everything,’ or overgeneralizing by thinking ‘I always fail at sticking to things,’ or labelling yourself ‘I’m a fat and greedy person.'” Harriet added, “Negative thoughts lead to negative feelings lead to negative behaviors.”

What Are the Risks of Binge Eating?

Binge eating is something to be taken seriously and brought up with your doctor and dietitian, said Brenna. Aside from extreme physical and emotional discomfort following a binge, she said you may also experience bloating, nausea, acid reflux, feeling sluggish, low energy and fatigue. Harriet added, “You may have issues with your gastrointestinal tract, due to high volumes of food ingested.”

Kara added that “BED specifically is associated with mental and emotional distress, weight cycling, high blood pressure, high cholesterol, insulin resistance, and type II diabetes.” Another issue Lynsey mentioned is that “when you shift from periods of overeating to periods of undereating, you’re at risk for not giving your body adequate or balanced nutrition.”

Brenna and Lynsey said there can be emotional risks. “Since many people feel shame around bingeing, it can also lead to social isolation, eating in secret, or hiding and sneaking food, Brenna said. Lynsey added, “people may become disconnected from others, their self-esteem is impacted and relationships, work, or social life can also suffer.”

“The sufferer may become locked in a vicious cycle with other behaviors such as restricting, purging, or over-exercising and the risks inherent with those behaviors,” warned Lynsey. The more we engage in any behavior (helpful or harmful), the more likely it is to become a go-to strategy, wiring our minds in certain ways that make it hard (but not impossible) to change.

How Can You Prevent or Stop Binge Eating?

Brenna said the first step is to loosen or completely eliminate diet restrictions and to not label foods as “good” or “bad.” Kara added that you need to make sure you are eating enough during the day and not restricting certain foods or food groups (unless medically necessary). Since physiological and psychological deprivation around food is the most common trigger for binge eating, Kara explained that giving yourself permission to eat all foods can help combat that deprivation mindset.

Intuitive eating or mindful eating can be so helpful, Lynsey said, so you stay connected to your body’s cues and signals and heal your relationship with food. She also said that we should try to protect ourselves from the “dominant cultural messages regarding physical appearance. This could include avoiding diet talk or shaming language in relation to food and weight, and seeking out media that shows a diverse range of body shapes and sizes.” If we feel good about our body, we won’t feel the need to diet to change it.

To stop binge eating, all the experts agreed that support is critical. Kara said “reach out to a dietitian and/or a therapist who is trained in eating disorders and practices from a Health at Every Size (HAES) paradigm.”

What Should I Do If I Binge?

“If you do binge, don’t beat yourself up for it, and try to resist the temptation to fix the binge by dieting, skipping meals, or purging,” Lynsey said. “Aim to press the reset button, eat again at the next possible meal time, and remember this was not about food but was a sign of some stress or distress that requires attention and compassion.”

She said to recognize that eating problems are meaningful; they are communicating distress. “Focus on attending to the message rather than getting distracted by the messenger. Consider what your needs are and how they are being met with food. If your binge could talk, what would it be saying?”

Talking to a professional who specializes in eating disorders can help shed light on why you may be binge eating, and how to prevent future binges. Journaling and listening to podcasts (I like Brain Over Binge) can also offer support.

Lynsey said know that you’re not alone. Eating problems are complex and it may take time to find the right help. “You may need to try various approaches to find what feels right for you. Be kind to yourself and don’t give up.”

If you or someone you know is struggling with BED or binge eating, or any other eating disorder, National Eating Disorder Association (NEDA) has resources available including a 24/7 helpline at (800) 931-2237.