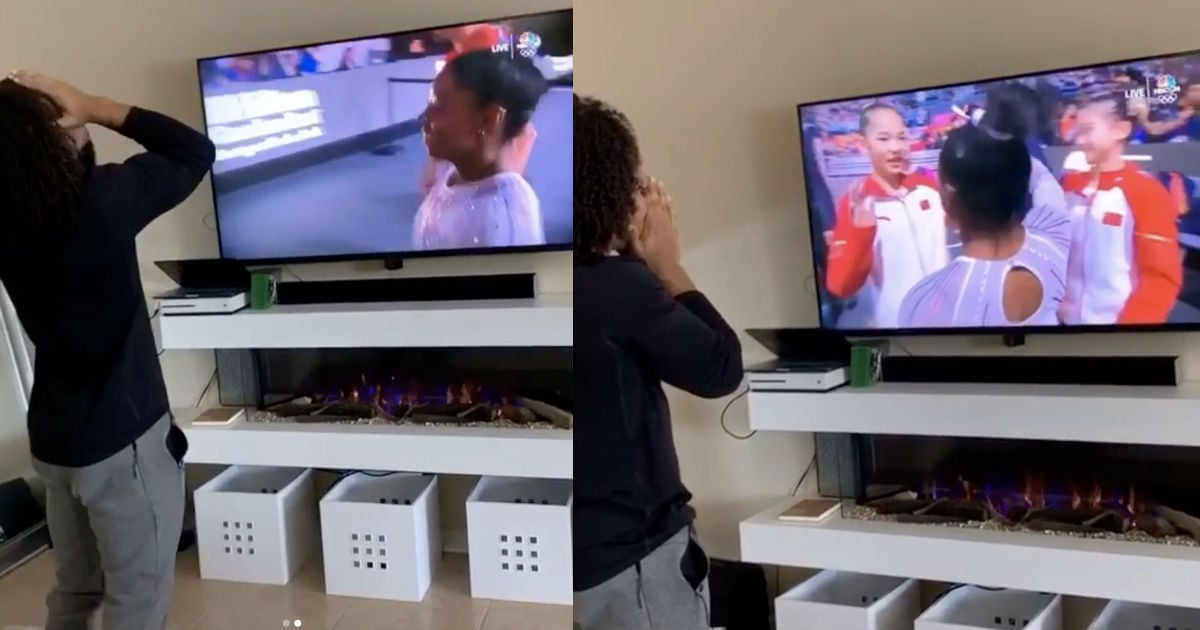 On Oct. 10, Simone Biles won her record fifth World Championship all-around gold medal. She ended with a floor routine full of her famous moves — the new Biles II, which is a triple-double, and The Biles, a double layout with a half twist — and, the best part, a pretend mic drop. It was after this routine that Simone found out she added one more medal to her gymnastics resume, and her boyfriend, Stacey Ervin Jr., was over-the-moon excited.

In a video posted on social media, Stacey is seen rooting for Simone, whom he’s been dating for more than two years. You can just feel his love and genuine pride — and if all of the jumping and clapping wasn’t enough, you can see he’s getting emotional, too. We don’t blame him; if our other half just broke her own record and was on her way to making history yet again, we’d feel and act the same way. “MY WOMAN IS A 5x WORLD CHAMPION IN THE ALL-AROUND & I COULDN’T BE MORE PROUD,” he wrote on Instagram (those all-caps really do say it all). “I get hyped every time I watch her do her thing & today was no exception. Congratulation, babe! The whole world is proud of you!”

Stacey is a former US national gymnastics team member and competed in college for the University of Michigan. He had a short stint in the WWE and now is venturing into the health and fitness industry. Ahead, check out more of his support for Simone, the five-time Olympic medalist with record after record under her belt. Most supportive boyfriend award? Yeah, we’d give him gold.