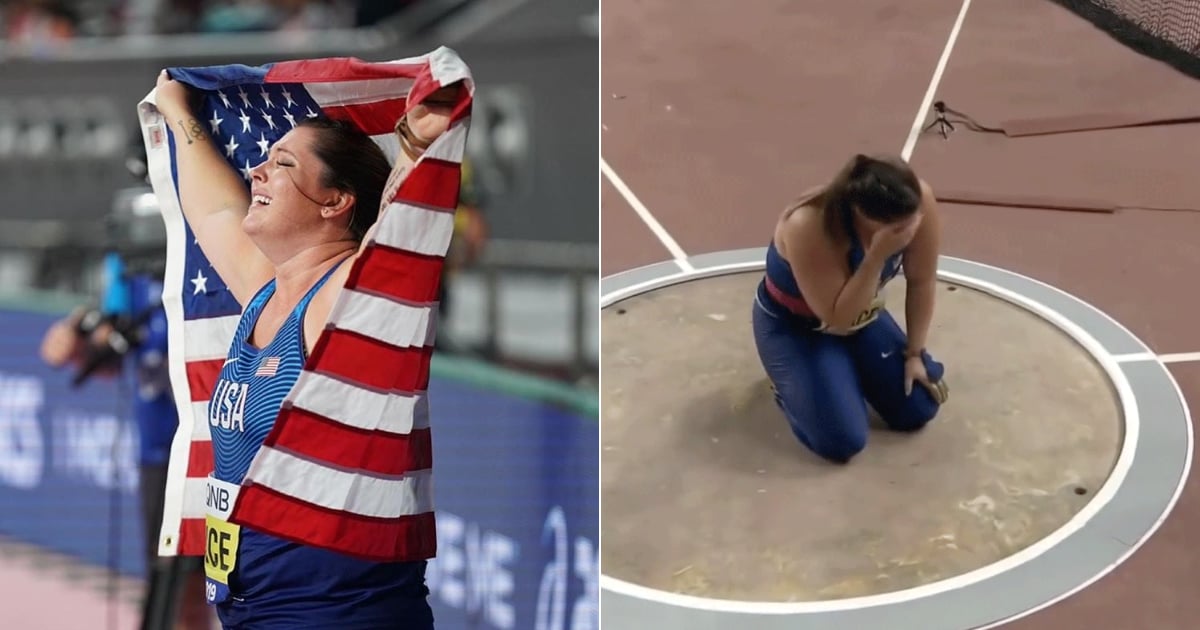 The United States had never won a world championship medal in hammer throw — men’s or women’s, gold, silver, or bronze – until DeAnna Price stepped up on Sept. 28 at the IAAF World Championships in Doha, Qatar. That was when, with a monster winning throw of 77.54 meters (254 feet, 5 inches, aka the fifth longest throw in US history), she blew away the competition to take the title and make history.

In hammer throw, athletes compete by spinning three to five times in a dizzying circle, swinging a ball and chain around their body, then releasing at high velocity. DeAnna’s winning throw left her hands at 63 miles per hour. Each competitor gets six throws, with the longest distance taking the gold. DeAnna’s first throw actually sailed far enough to win (76.87 meters!), but then her third went even farther, leaving her closest competitor more than a meter behind. Once her sixth and final throw hit the grass, DeAnna knelt down and started to sob.

“Last world championships, we set up right and I didn’t make the finals. . . I refused to let that happen again,” DeAnna told NBC Sports afterward. She hadn’t even planned on competing this year: “I was in a lot of pain and I couldn’t even throw over 70 meters,” she recalled. It took medical treatment, family support, and a fierce drive to succeed to make her historic comeback, which included setting the American record at the 2019 US Nationals. These world championships were the culmination of it all.

“Being able to bring that medal home for my country is everything,” DeAnna said, choking up. Her goal is to be an inspiration to the next generation of young female athletes, to show that “it’s OK to be different,” she told NBC in a previous interview. “Be your own shape. Be your own star and love yourself.”

Keep reading to see the victory and DeAnna’s tear-jerking reaction, and to get a glimpse of the intense training she put in to get there.