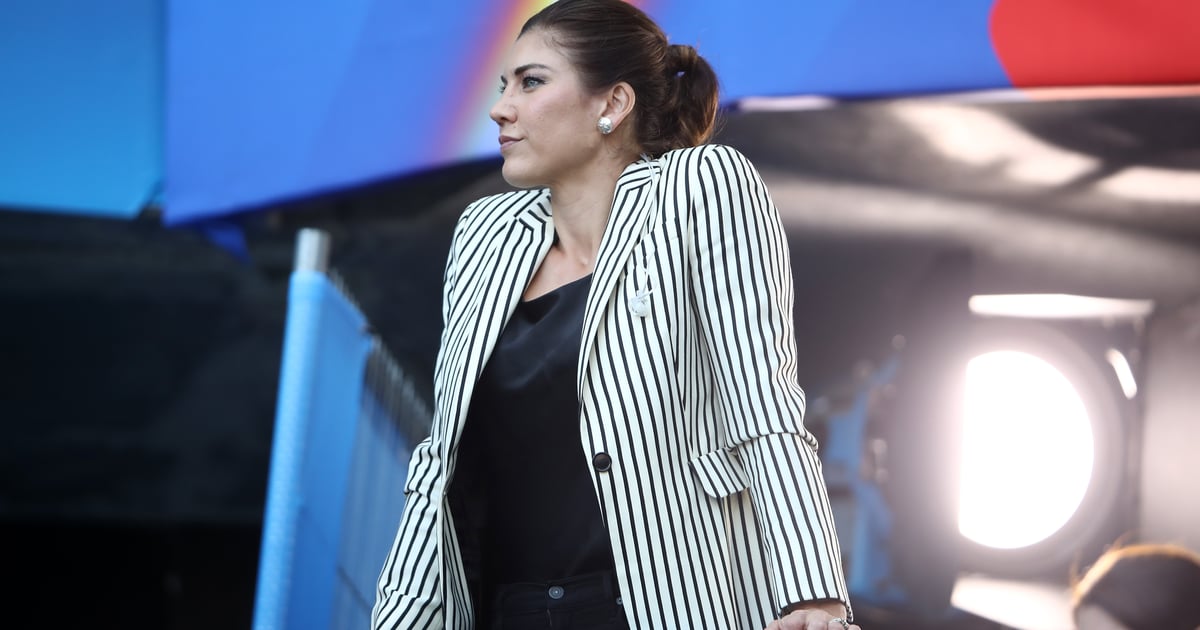 The United States women’s national soccer team won another incremental victory in their ongoing battle for equality on Friday, Nov. 8, when a judge granted them class-action status in their lawsuit against US Soccer. The next morning, we talked to celebrated former USWNT goalie Hope Solo about her reaction to the news.

“I think each win is incredibly important in this fight. You have to celebrate the small victories, because this is a long journey, and a long road, and we’ve taken a lot of hits along the way,” Hope told POPSUGAR. “I know the facts are on our side, so I have a sense of confidence and positivity in this. But at the same time, it’s grueling. It’s hours on calls with attorneys — it’s like I’m an attorney right now, I’m reading so many documents. But information is power and I make sure that I’m incredibly informed. There’s also power in numbers, so I’m proud the team got behind the cause.”

“We got into this fight to change everything for future generations. It wasn’t supposed to be about us.”

Hope was in Los Angeles to join a panel on optimizing performance at Summit LA19. The conference brought together athletes, entrepreneurs, scientists, and other change-makers — from former Olympic skier Lindsey Vonn to Uber CEO Dara Khosrowshahi — to discuss topics from philanthropy to AI.

Hope was key in sparking the movement for equality in soccer when she filed a pay discrimination complaint against US Soccer in 2016, as did four of her teammates. Later that year, the USWNT terminated Hope’s contract, essentially forcing her into retirement, after she called the Swedish national team “cowards.” Hope maintains her dismissal wasn’t really about the trash talk, but was instead a transparent reaction to her ongoing outspokenness about inequality.

Hope reflected on the contentious time leading up to that moment during the panel. “I just kept being told, ‘Shut up, do your job, you’re lucky,'” she recalled. “There were a lot of sacrifices . . . ultimately it led to me being fired. It’s all the corporate bullsh*t. But I knew this was the ultimate fight. At some point, I think the ship will be righted, [but] we have to fight this in court. It is the fight of my life.”

7 Alluring Alternatives to Those Sold Out Bottega Veneta Earrings
Naomi Osaka’s Holiday Gift Guide for Fitness Lovers
You’ve Been Applying Your Skincare All ﻿Wrong
The 11 Best Walking Apps to Help You Track Your Steps, Miles, and More
Meghan Markle’s Green Dress at Indianapolis Event Had a Hidden Message